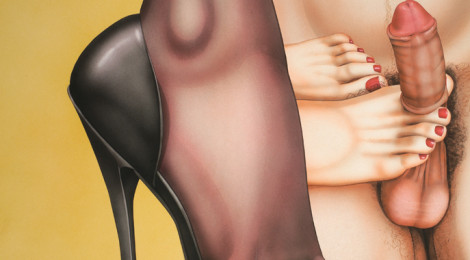 Honore / September 16, 2013 / Comments Off on Slave Frances / Stories and Letters

Dear Forced Womanhood,
Thank you for publishing my last two letters and the pictures I sent you. It’s exciting to open your magazine and see myself.
Mistress Kristin thought your readers might like these two episodes.
The first one has me on my knees with a large padlock hanging from my balls. Mistress Kristin put this on me one morning and I was to wear it for 24 hours (it does not slip off). The following morning I was left a note; she had gone to work. The note said she had given the keys to a friend who worked the service counter at a local store. Her friend started work at 2pm and she would only give me the keys if I showed up as a female: a full outfit. Humiliating, yes. Exciting? Wow! I almost came in my pink thong after having all those people in the parking lot and at the registers see me as slave Frances.
Two weeks ago Mistress Kristin ordered me to be at her house as a female at 6pm. After checking my makeup she took me to the basement and strung me up. The rope was tied to my balls, over a pulley, and has an old window weight on the other end.
Mistress Kristin said she had two girlfriends at work who didn’t believe she actually owned a slave. Mistress said she had invited them over to see me and to have a few drinks. They would be here after 7 so she left me strung in the basement while she prepared for company. At about seven Mistress Kristin came back with her two girlfriends. If they were surprised they didn’t show it as they both started to take lots of pictures.
I was then taken down and pulled upstairs by the leash on my balls. I was made to serve the ladies wine and then forced to kneel and redo the toe and nail polish of Mistress Kristin’s two friends. I was then yanked by the balls and taken back to the basement. I was made to strip naked, tied back up and the weight put back on my balls. I was again left that way for about an hour while the ladies went back upstairs for more wine.
After an excruciatingly long hour they came back downstairs and it was obvious that any inhibitions that her friends may have had were now gone. With Mistress Kristin coaching, her friends gave me a severe beating (it took a week for the marks to fade). I was given a “no mercy” beating until Mistress knew I would do anything she told me to do.
I was taken down, put on my knees and ordered to masturbate and cum on Mistress Kristin’s foot while her girlfriends watched and took pictures. It didn’t take long before I was licking and sucking my cum from between Mistress Kristin’s toes.
Based on the reaction and comments from mistress Kristin’s girlfriends I will guess that there ar4e now two more males (a boyfriend and husband) who are wearing lingerie and have new female names preceded by “slave.” 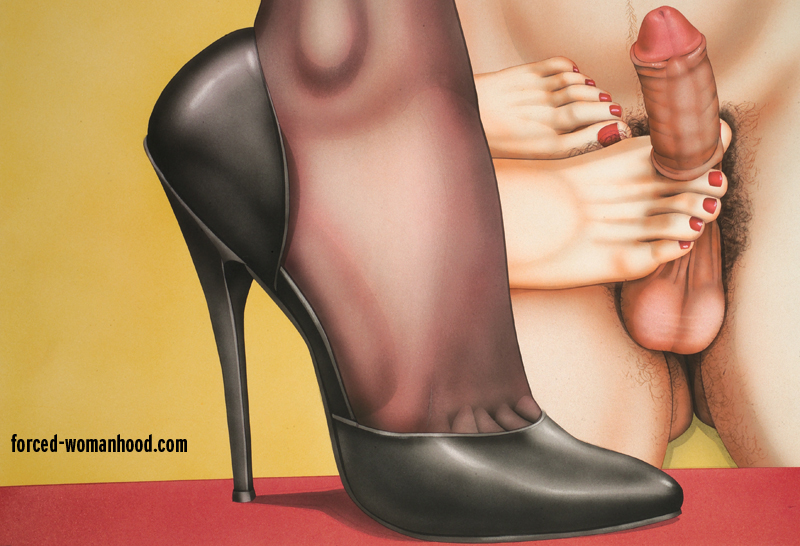