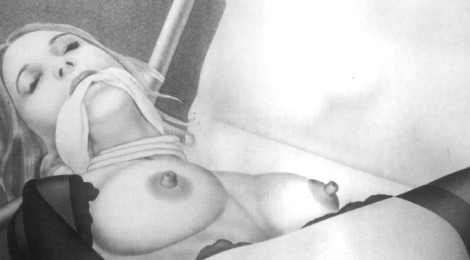 I had known about Henry’s bondage interest since before we were married, and even went along with him tying me up for sex. Some of my past male and female lovers had also done so, and none had been rich like Henry. While it was intriguing, my tall, busty, willowy, long red-haired figure does look sexy in ropes and gag, I wanted to become the dominant one in and out of the bedroom and control Henry’s wealth. .
One day I found your magazine and Transvestite Catalog mixed in with his various women’s bondage magazines. It was a g surprising turn-on to see page after page of really feminine looking TV/TSs in skimpy costumes, erotic lingerie, and tight bondage. I thought how great Henry would look in feminized bondage rather than naked bondage, and was fascinated by the ads for not only Frenum Penis Chastities but creams, pills and hormones to change a male into a she-male!
When I subtly brought up the magazines Henry said he’d bought them because the TV/TS models looked as sexy as real women, and he wanted to order some of the clothing and bondage gear for me to wear. I said the catalog was really for TV/TSs’ and it would bring a little variety to our sex life if he also ordered items to wear himself. He was interested, and I said I would make him up as prettily as the models; it would be our secret. Henry agreed and made a huge order that day. He didn’t know that I’d already received the creams (their labels removed) and pills (which I’d been regularly grinding up in his meals), and he was on his way to being a she-male.
The shipment arrived, and I indulged Henry by wearing a ball-gag and leather and chains, wrist and ankle cuffs and 6” black pumps while making up his face (it was crucial to my plan so I took time and care) and helping him dress his slim, shaved body in black padded bra, corset, panties and cache-sex, garter belt, nylons and 5” stiletto sling backs. When he saw the sexy female in the mirror, flowing black page-boy wig framing her gorgeous face, I knew Henry was hooked good. All that night he was the bondage victim, eagerly wearing erotic lingerie, French maid uniforms, and baby dolls, with 4” to 6” various styled stilettos.
As I’d hoped, Henry soon began to only care about being the lovely “girl” in tight bondage and seductive outfits. His looks and personality became more and more feminine, and he turned over the running of the company and investments to me. He had done a good job, but, in all honesty, I am much better and our profits and investments have grown even more since I took over. I fired the servants and Henry became maid and cook; it gives him something to do—and he’s better than either were.

Henry became upset with the changes in his body, but I reminded him that he wanted to be a TV bondage belle. He refused to take the hormones and tried to leave the estate to see our lawyer. I caught him, and for the next month he was bound, whipped and dildoed in the wine cellar until he gave in to me.
I increased the dosage and use of creams, then had his shrinking cock fixed permanently in a FL2 Frenum so he couldn’t have sex. Two years of constantly wearing corsets has made his waist even trimmer and his hips and ass rounder and more feminine.’ The 4” to 6” stilettos have improved his thighs, calves, ankles, and arches. Finally his pert breasts were ready for large implants, and now “Heather” is a glamorous, submissive, she-male bondage slave who is adept at pleasing her Mistress with her lips, tongue, fingers and ass, which I love to dildo.
Often I have girlfriends over for sex, and Heather loves their pussies while in tight bondage. They are thrilled at her skill, even though she’s not a real woman. I make home videos of them binding, dildoing, spanking, whipping, and face-sitting she-male Heather. I still like occasional bondage and am roped in a chair, with Heather kneeling tied, between my legs and eating my cunt. Then a beauty stands beside me and I lick her pussy while Heather continues doing mine, and a second beauty kneels behind her and dildoes her butt. It’s all such fun.
Sometimes I invite men, and Heather, harness-ball gagged, arms secured behind her in a bondage sleeve and leather straps about her knees and ankles, watches me have sex, then is gang banged for hours while I watch, video tape the action, and play with my cunt. The men are extremely aroused when they find she is a she-male and delight in humiliating Heather even more.
Mistress Betty 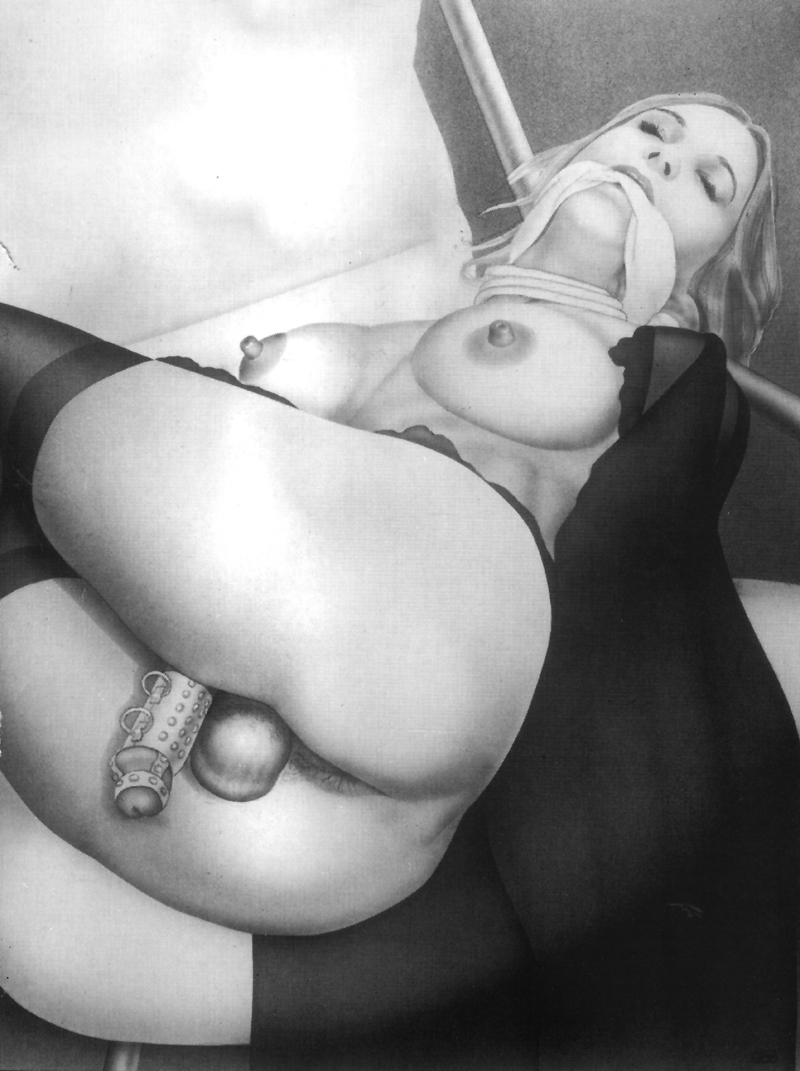