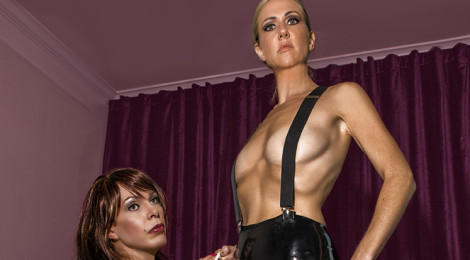 Forced Womanhood 79 hits newsstands March 8th, but you can preorder it now HERE.

So, we were uploading some of our classic Centurian imagery for #ThrowBackThursday on the @centurian69 Twitter feed when we came across the most stunning and statuesque blonde Goddess by the name of Mistress Tracy Dallas. She was sitting on a throne in her avatar photo, commanding respect and admiration. After scrolling through her photo gallery we came across an album called “Gender Bender”. The dark shadows of the photography made our imaginations run wild. This sexy beautiful woman was wearing suspenders and smoking a cigarette while holding a submissive hostage. We knew at that moment she would be the very first dominatrix featured on the cover of Forced Womanhood magazine. Her prowess and professional demeanor only solidified that thought. We present to you the most strict, stunning and sure to make you silky Mistress Tracy Dallas. 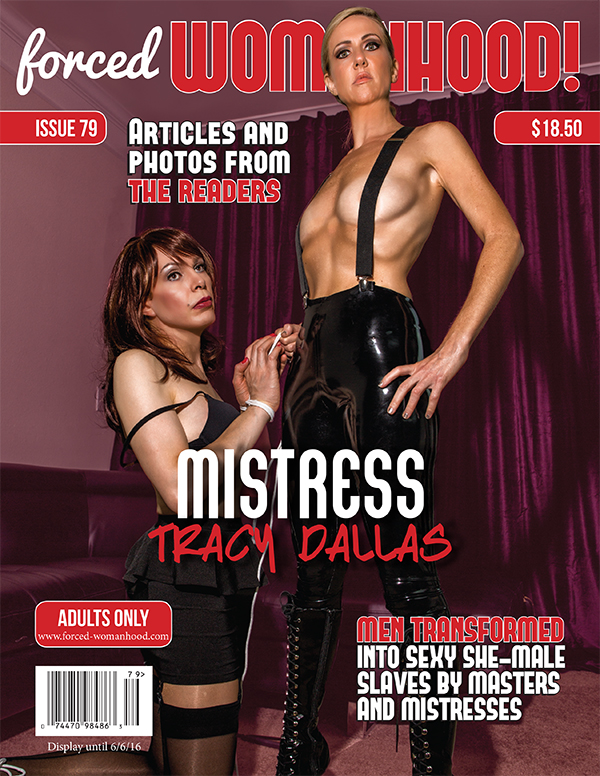 “It has been said that smart men seek out strong women. The first smart man to seek me out was at a fetish party where I and my friends were decked out in the most outrageous latex outfits. We were sipping our drinks, vibing to the beat. Out of the corner of my eye I noticed a man who kept staring at my boots. Thigh high, laced up, six inch stiletto heels. We watched as he worked up the courage to approach me and when he did it was to fall to his knees and beg to lick my heels.”

“Perhaps he thought I would be shocked by his request. Instead, it caused an evil smile to stretch across my face. I did in the end allow him the privilege of licking my heels, but only after a night spent fetching drinks for me and my friends. After that, I never looked back!” -Mistress Tracy Dallas