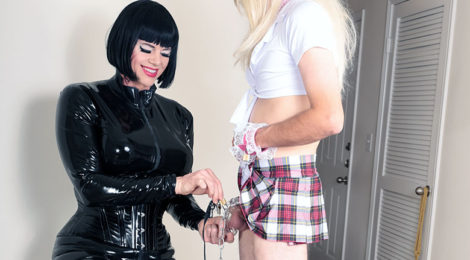 Forced Womanhood 80 is Now on Sale!

This very special issue of Forced Womanhood features TS Mistress Mia, the first transsexual Domme to grace the cover of our flagship fetish publication! Our regular readers will recall reading that Mistress Mia is a friend, photographer, and business partner with Mistress Tracy Dallas (featured in issue #79) whose story so captivated us that we simply had to snag our very own interview in order to get to know more about such a powerful personality. Stylish, strict, and serious Mistress Mia will take you to the edge of your fantasies and beyond with an unparalleled professionalism you can trust implicitly (and she considers forced feminization one of her specialties!). 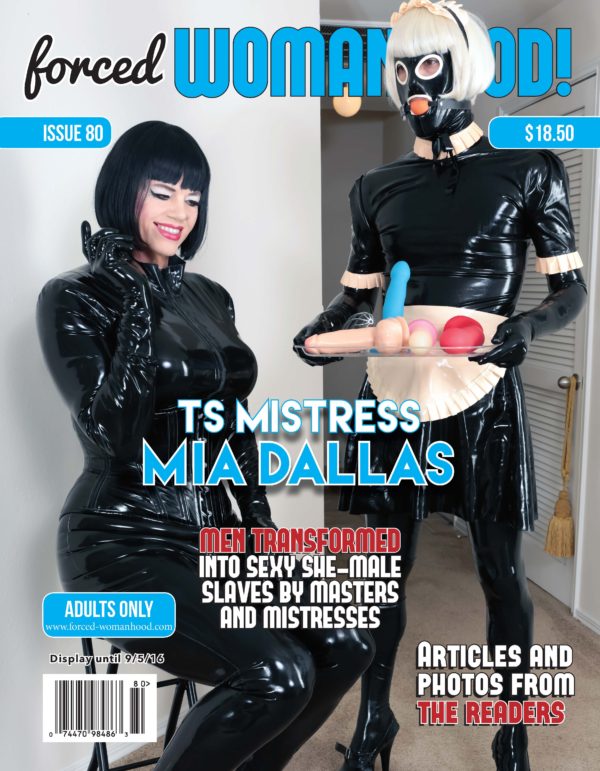 “There’s only one word to describe Mistress Mia, and that word is perfection. I have been meeting with Mistress Mia over the past year and she has taken me far beyond anybody else that I have met with in the past. I have a few physical limitations and Mistress Mia takes all of these into consideration when we play. She’s the only mistress that I have played with without a safe word because I trust her that much.”

“Crossdresser Fantasies: Chapter 1 – The Gang Bang”- by Madison Smith, a wannabe sissy gets more than she bargains for in this gang bang!

“Mother’s Best Friend”- by Marcus, a sensual story of seduction of a young CD by an older woman.

“Sissy moan becomes submissive slut thanks to Centurian” – a story of one real life sissy who discovers their submissive side.

“Look, Ladies, His Boobies!”- by Brianna, a wife enslaves her husband and gives him breast implants.

And don’t forget to pick up your copy of Forced Womanhood 79 to complete your set!