Browse: Home   /   Humiliated feminized husband is in the closet while wife makes it with young studs 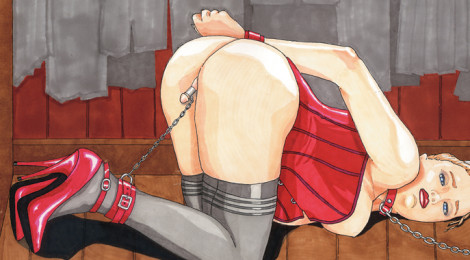 Honore / May 30, 2013 / Comments Off on Humiliated feminized husband is in the closet while wife makes it with young studs / Stories and Letters

After discovering my husband for the third time, I decided that the world would be better off without him. I didn’t kill him, although I wanted to. What I did was chain him to the bed and went about the process of permanently feminizing him.
The first thing I did, however, was to jerk him off one last time. When I explained one last time and showed him a Frenum Chastity and where it was going permanently, he begged and pleaded pathetically. Which I thoroughly enjoyed.
“Don’t worry Sheila, by the way that’s your new name, eventually the pain every time you get excited will condition it to remain uselessly limp. Besides, by the time I’m finished with you, you won’t have any interest in the opposite sex because you’ll be one, except for an odd looking pussy between your legs. What you’ll be, when I’m finished with you, is my devoted, obedient, she-male maid. Which I’m sure you’ll want to be, the alternative is being a whore, sucking real dicks and taking it in the ass,” I informed him.
Sheila did indeed become a most devoted, submissive maid. But, I thoroughly aaenjoy reminding her in the most humiliating way what she once was.
After she gets me ready for a date I put her in the bedroom closet. Hogtied and chained. Doubling up her legs I chain her ankles to her chastised odd-looking pussy and leave.
Hours later when I bring a real man back for a royal fucking she gets to listen all night long as we go at it. I warn her against crying or sobbing too loud.
“If he hears it, I’ll open the closet so he can see where it’s coming from. Think about that,” I say, shutting the door. 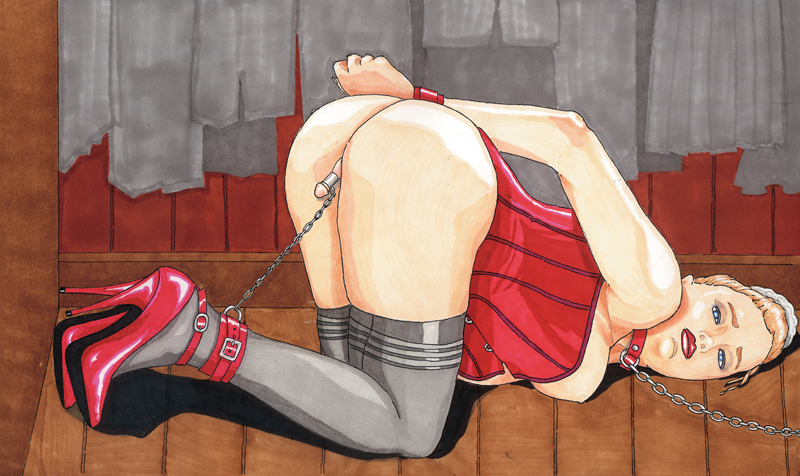