Browse: Home   /   Lady loves the way her once very dominating man, now has become very docile since his transformation into a woman 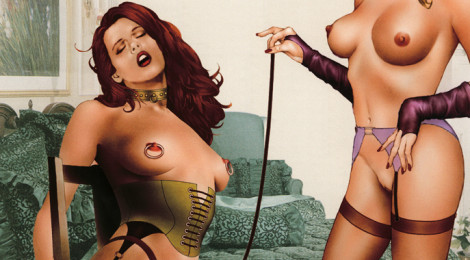 Lady loves the way her once very dominating man, now has become very docile since his transformation into a woman

Dear Forced Womanhood,
I could not agree more with”A Woman who knows” whose letter was in issue 32. I once believed the idea of dominating a male was unnatural and somewhat repulsive, especially with my boyfriend at the time, who wanted sex when and how he wanted it without regard for me, he was the boss, he was egomaniacal, controlling and used me in every way, for sex of course, but also to cook, clean, run his errands and wait on him hand and foot.
I had seen a couple of TV shows on the subject of female domination of men and I found the subject somewhat intriguing, but was skeptical and began to do some research on the nights when my boyfriend, Ryan was out with his friends, which was getting to be quite often. It was during this research I discovered Forced Womanhood and have been a reader ever since.
Two years ago I decided I had to do something and rather than lose him, I just had to try and see if all I had been reading about were true. I am very happy to say the answer was yes and he is now my slave Roxanne.
I began wearing very sexy lingerie greeting him at the door in it or sometimes nothing at all and initiating sex. He began staying home nights and weekends and became addicted to the new me. It was so much fun watching him beg for sex and for me, and my masculine boyfriend revealed a previously hidden submissive side to me and began to exploit it.
It began with me wanting to be on top during sex looking down on him as he craved my body and all I could do for him. I got him to slip on a pair of my panties and rubbed his cock through them while I whispered into his ear and got him to climax without intercourse for the first time.
From that day on he had to put on panties before I would become amourous. It aroused him incredibly and I began adding a bra and pantihose to our love sessions. A year and a half ago I came home  early and found Ryan in our bedroom in my panties, pantihose, and bra along with one of my slips.
I told him that he would be feminized and would wear the clothes he seemed to love as often as possible,weekends and nights and was to shave his legs body and underarms and would always wear panties and pantihose or stockings under his work clothes. I had him have his paycheck direct deposited into an account in my name and would give him a very small allowance and required receipts to account for every penny.
I ordered the FL9 Frenum chastity and installed it on his penis preventing my slave from having sex unless I decide to remove it, and then only to allow him to masturbate for me.
I also threw out most of his clothes! I began ordering new clothes and your Feminique, Estroglan and Triple Mammary pills which have worked wonders both physically and emotionally. I even found the slave contract you had printed in an earlier issue and checked off the appropriate items and had him sign it. I myself began seeing a dominant woman who has helped teach me the art of dominating a male and she took the slave contact to her lawyer and has it on file should there be any legal problems later.
Now I bring home all the money and Roxanne takes care of the house and I get to relax after work all the time. Roxanne has become a very attractive woman, and hears all the crude harassing remarks men make when they see her. I know she hates it, but it is another valuable lesson learned and it makes me smile to think those men are harassing one of their own and don’t have a clue.
I like to keep Roxanne dressed very sexily, smooth shaved, perfumed, makeup perfect and alluring high heels, nylons and frilly dresses. It is a constant reminder of the self consciousness and vulnerability we as women and girls have felt all our lives.
Roxanne magnificently pleases me daily, dutifully licking my pussy and inserting her tongue inside me burying her face between my legs for as long as I desire, with not one thought of her own pleasure. Her penis has become much smaller and is now incapable of pleasuring me, even if I desired it, which I do not!!!
Roxanne now gets to meet others like her as I bring her along when I go to my Mistress for lessons. When not called upon to serve us, the slaves are locked in a room where they can read women’s magazines or magazines like yours or are permitted to listen to audio tapes or watch videos on the superiority of the female gender and the subjugation of males.
Men should be dominated and controlled for the betterment of the world, look at what is going on in the world today, men are responsible for it all. Dominance and discipline are the keys and the sooner you begin the sooner you too will have a feminized slave to care for you and your needs and your life will be much better than you could ever have imagined.
Mistress Lynda
Want more? Download Forced Womanhood

← Man Turned Into Sissy Maid
Her Own Personal Slave →