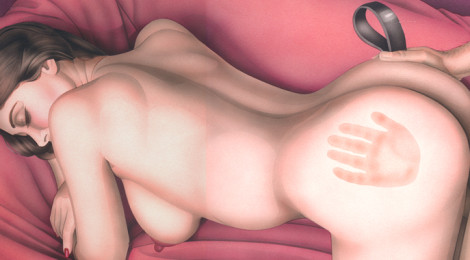 I was married two times to real women. Both were disasters. Real women these days don’t know how to be women. They don’t dress like women, they want to be equal – but they don’t know how. Instead they become bitches. I could go on but I know you like short articles.
I met Jim, who at the time was just a crossdresser. We became good friends. I was in his apartment one day and in his bedroom was a copy of your magazine. To make this short, over the next year I started Transforming him into a woman. Jim enjoyed bondage and I enjoyed being a dominant. I started him on your own hormone vitamins until his breasts were big enough for implants. Your hormone vitamins taken three times a day actually softened his body to a beautiful women’s skin and figure. I also had him on a diet to go along with his hormone treatment. Corset training was also necessary. A year after we met I paid for his breast implants.
In all this time we never had any type of sex. I was strictly heterosexual. I then saw how beautiful Jim had become. Besides, he was quite docile and very easy to get along with. He started dressing in beautiful clothes, high heels, stockings, sexy lingerie. We started going out together as girlfriend and boyfriend. Then one night after I brought Jim home, (his name is now Janice) he kneeled in front of, unzipped my zipper and slowly pulled my penis out. He held it and with his bright lips sucked the tip of my penis, then slowly engulfed my penis into his mouth. I couldn’t believe it. I was getting the best blow job ever, and by a man! No – he was now a woman. I can handle this.
After that night I had Janice move into my house with me. I keep her in bondage in quite often. I play the dominant role very well. Janice acts like a real woman. She cooks for me, takes care of me. We go out together enjoying life. And when I need sex, which is quite often. I insert my penis into her tight ass.
Too enlarge his anus to fit me, I would bind Janice down for the night wearing your lock on discipline pants with a dildo in it. This slowly enlarged Janice’s anus. These I found to be one of your best items in your Centurians Whole Catalog of Bondage.
I have already ordered your FL8 Frenum Penis Chastity with the permanent rivets. Janice had her frenum piercing done two months ago. So, as soon as we get it, poor Janice will be mine forever. I still feel that I’m strictly a heterosexual.
Master Keith
Want more? Download Forced Womanhood