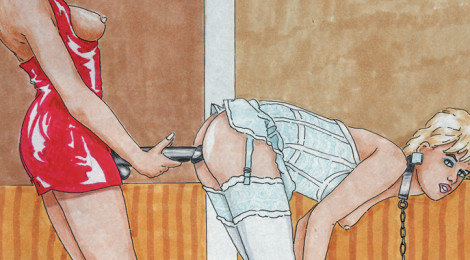 Rhonda and I operate an incredibly profitable service that we provide to a select, and growing, clientele of women.

Our far ranging network of women divorce lawyers and judges tip us off when they encounter a male who fits the profile we’re looking for. Namely habitual cheaters, husbands who abuse their wives, and cases of recurring sexual harassment. We discuss our services with the wives, victims, or the employer. All, I might add, have been highly enthusiastic of what we propose.
What happens then, after careful arrangements and cover stories have been created is that, one day, the miserable excuse for a man, or husband, simply disappears.
When he wakes up, several weeks later, there’s nothing left of them to ever recognize him as his former self, and more importantly, as a man. He awakes with the biggest tits, surgically altered face, new hair, one inch long unbreakable nails, a radically altered figure, a huge ass, and permanently changed voice.
His balls have been pushed up and sewn, his disgusting penis chastised. We could easily remove it but it’s a devastating reminder of what he once was.
This phase we refer to as our physical castration phase. You can imagine the effect on him when turned to a full length mirror.
The next phase is the total feminization phase. With whips, canes and cattle prods they are too terrified, or we’ve found cowardly, not to try their hardest, until everything masculine about them has been completely eliminated, and they walk, talk and act like mindless bimbos.
By now we’ve had buyers come in to look them over, and they’ve already been sold before their final, customized training begins.
The phase we call final revenge. In the first illustration I’m conducting, on Mitzy, the “skirts up” command. Regardless of the situation, or location, as soon as she sees a woman raise her skirts she’s to immediately kneel, arms behind her, and start licking as if her life depended on it. Not to stop until pushed, or kicked away.
As soon as we have Mitzy  fully trained she’ll be boxed up and shipped to her new owner in New York. She owns a women only restaurant called Chez Femme. Mitzy’s only duty, after she’s been chained under a table will be to lick anything that’s been put in front of her. They only last about a year before the woman brings them and trades them in on a new one.
In the other illustration you see Rhonda breaking in another girl, named Gigi, with our own invention we call The Space Invader. Basically a double dildoe with several amusing features. Squeeze the balls and it inflates to enormous proportions. Touch a switch on the right and it vibrates at various speeds. Turn the switch on the left for a light, to intense, rippling effect.
Naturally neither one of us has ever tried the business end, but we know from the sobs and cries of our she-males it’s precisely like being fucked. After their first experience with the Space Invader, they’re broken men, or girls.
The first time they’re so scared it’s hard to get them to bend over, stay still, and open wide. We use a heavy ball on a chain attached to a collar to train them with. It keeps them very still, and by the time the ball touches the floor their faces are actually below their knees. Naturally it’s impossible for them to tighten up, so the Invader goes in quite easily, until we start blowing it up.
You can imagine how utterly degrading it is the first time they get fucked in their cunt, which is what their asshole is always referred to. It’s even more devastating than you think, as we remove the chastity device from their pussies. When fully inserted and it’s at their prostrate is when we turn on the vibrator and rippler. It’s impossible for their pussies not to get excited and eventually have an orgasm, spurting, for all it’s worth, right on their faces.
Humiliating as it is, Gigi will eventually become addicted to it.
Actually we almost feel sorry for her. As she’s been sold to an exclusive women’s club. “What we need is a ‘fresh one’ for our fucking room. The last one lasted three months before the girls wore her out. She was all used, and that’s no fun,” the President said. 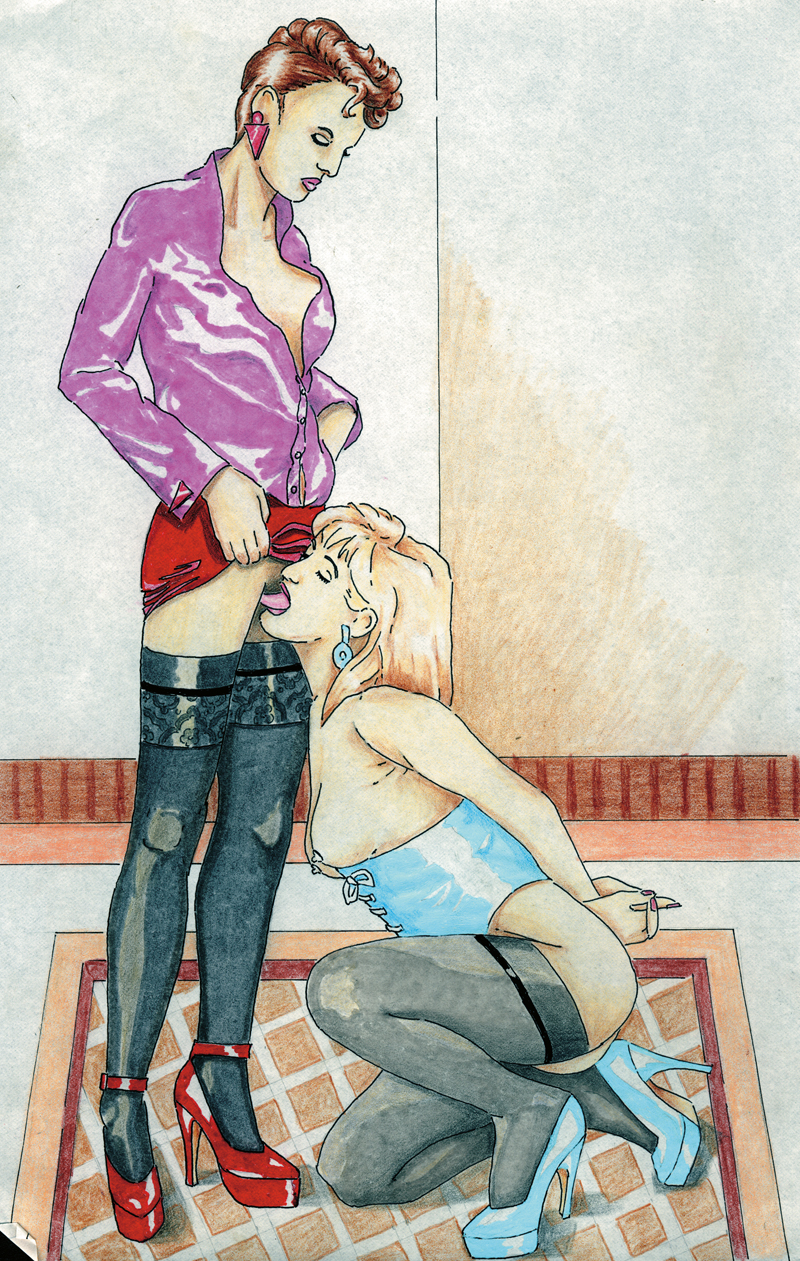 ← Her Own Personal Slave
Woman gets even with her abusive husband →