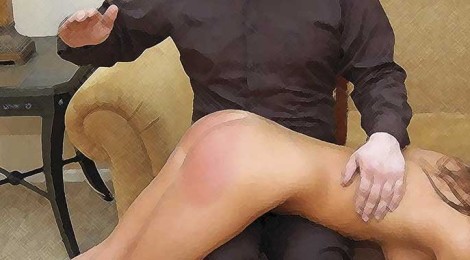 Honore / August 26, 2014 / Comments Off on TRANSFORMING HER TUTOR / Stories and Letters

If you saw me walking across the campus last Thursday night, you probably wouldn’t have taken much notice. Carrying my books with my head down as usual, full of so many damn thoughts, I didn’t cut a very impressive figure physically. No, where I’ve been most impressive in my life is in the invisible realm of the mind.

My name is Jonathan, and I’m a senior at a good state university. I’ve won a number of awards and received offers of scholarships to do graduate work in literature at several top schools. Over my summer vacations I interned at a famous magazine in New York and everybody there told me my future is assured whether I want to write or edit or teach, or a combination of all three.

But what would everybody at the magazine say if they knew that every Thursday night I go over to the apartment of one of the most beautiful sophomores, Olivia Ravensbell, ostensibly to tutor her in American literature but really to be forced into women’s clothes at her whim? Would they take away my scholarships and tell me instead to find a stool at a local tranny bar and sell my ass as the sissy cocksucker I’ve become? Yes, they might say that. And what’s worse, I might enjoy hearing such words coming out of their mouths…

Olivia’s parents spoil her, and that’s why she can afford to live in an off-campus apartment by herself. As a sophomore she’s not even supposed to be allowed to live off-campus, but her family contributes a lot of money to the school, so I guess somebody pulled strings. They probably all have the same attitude of privilege that Olivia displays. 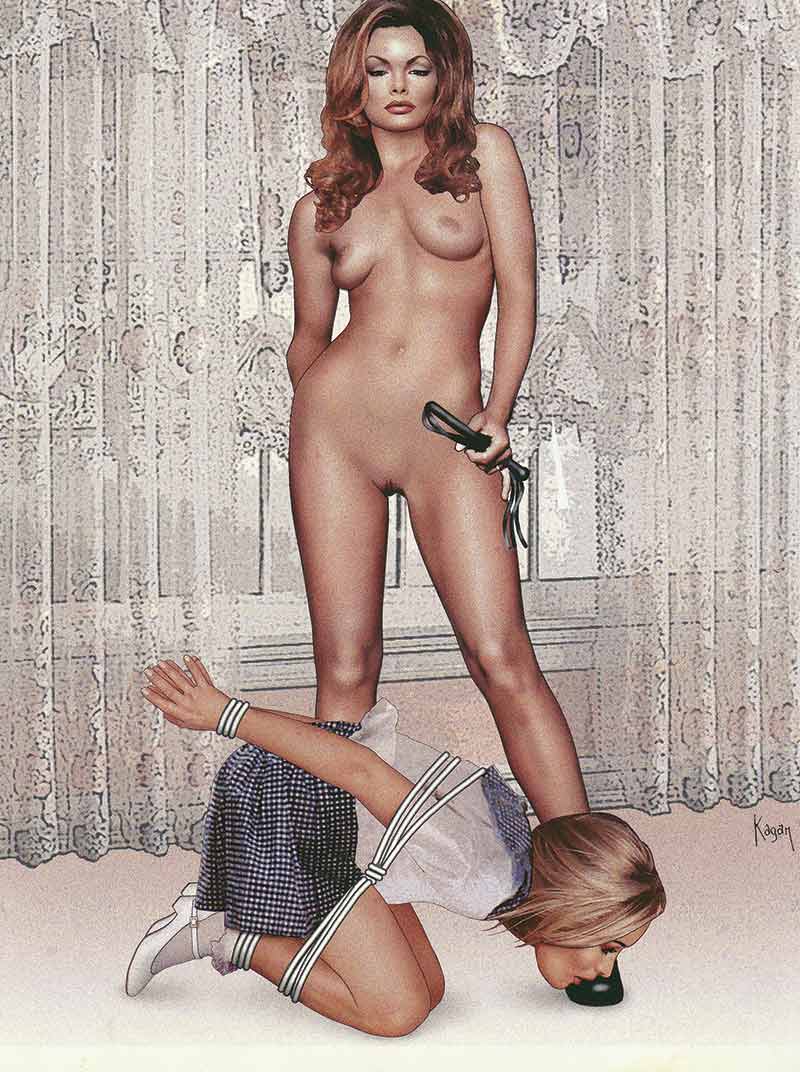 From the first moment I saw her, I was smitten. All the time I’ve been in school, I’ve never “hooked up” or gone on dates, I was just a bookworm; but Olivia affected me to the point where I became very dissatisfied with the way I had lived my life up to that point. She reminded me of the singing sirens you see in paintings of the brilliant and cunning mythological hero Ulysses, femmes fatale trying to call that Greek warrior and his men to their doom as they sail the seas. I guess I saw myself as a kind of Ulysses, brilliant in my own way, and it could only take a siren to have the ability to bring me down.

Of course, Ulysses didn’t surrender to the sirens. He stopped up his ears so he couldn’t hear their hypnotic voices. But I didn’t cover my ears when Olivia laughed at me in the campus cafeteria for daring to ask her on a date. I wallowed in the humiliation of her rejection. I discovered immediately that it excited me. It was a kind of twisted song: “You want to go out with me, silly stupid boy? Hahahahahaha…”  Then, when she suggested that if I wanted to spend time with her so much, and have some usefulness in her life, I could do it only by tutoring her about Edgar Allan Poe and Nathaniel Hawthorne instead, I swallowed whatever shards of pride were left in my psyche after she had so mercilessly kicked the glass house of my feelings, and I agreed to come over to her apartment Thursday nights. And that was how it began…the tutoring that really became an exercise in her forcing me to become a girl.

Subscribe to our blog so you won’t miss more preview chapters! And be sure to follow Miss Ivy Omigosh on Twitter for more naughty thoughts from her kinky mind…